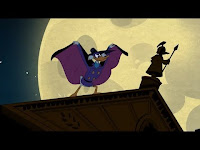 Last year I was sitting down at a clandestine meeting with the new DuckTales crew. They quietly closed the door, and after making sure no one was listening at the keyhole, told me they were planning to have Darkwing Duck officially join the cartoon cast. I was ecstatic after all I was a key member on his development team back in the day. So after being sworn to secrecy (following the initiation ceremony of the ancient Order of the Junior Woodchucks), they showed me the boards. The story they had come up with did a fine job of connecting loose ends and creating a thrilling back story. When the torches were relit, one of the hooded figures told me they wanted me to create a Darkwing Duck “comic book” for that special episode. He explained that a young Darkwing fan who admired the winged scourge would be reading the comic on the show. As the quack chants grew louder I was then blindfolded and led back to my car.

So here are some of the panels from that imaginary “comic book” I illustrated. Sorry I couldn’t say anything over the last few months to my Darkwing Duck fans, but after all, wasn't it an exciting surprise? Thanks Frank, Matt, Sean, Suzanna, Tanner and the entire new DuckTales team for inviting me once again to be part of the terror that flaps in the night!

The 55ers: The Pioneers Who Setteled Disneyland 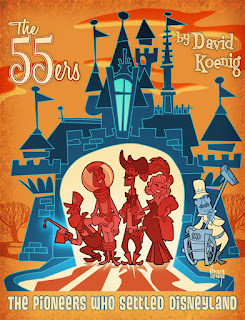 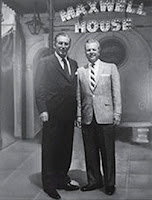 This is a brand new large-format coffee table book celebrating Disneyland's original employees of 1955 by well known Disney author and historian David Koenig. Walking through Disneyland of today you'll see cast members dressed as cowboys in Frontierland, jungle explorers in Adventureland, and small-town shopkeepers on Main Street. But back when the park first opened in 1955, the employees weren't pretending. They were true-to-life characters, hand picked for their roles because of their amazing backgrounds.

Now for the first time you will get to see these fascinating personalities and hear their stories in the new coffee-table book, "The 55ers: The Pioneers Who Settled Disneyland" by David Koenig. In this collection of never before seen photos and rare interviews you'll meet close to 700 "Year One" cast members from every department in the Disneyland Park. Anecdotes from firemen, ticket sellers, newsboys, ride operators, show performers and many more. The book is nearly 300 pages of glossy magic with a full color jacket of original art designed expressly for this book by Mike Peraza.

The "55ers" is a true labor of love and gratitude, recognizing those trailblazers who were the first to be able to call Disneyland their home. Over the past 30 years, more than 1,000 Disney cast members have shared their stories with me. What I soon realized was that the cast members themselves were the best stories of all. This book will be unveiled in time for this years D23 EXPO. Be sure to get your copy.

Also, check out the kickstarter that will help get this book published and in the fine style it so deserves: